Changes in the Demographics of Strokes 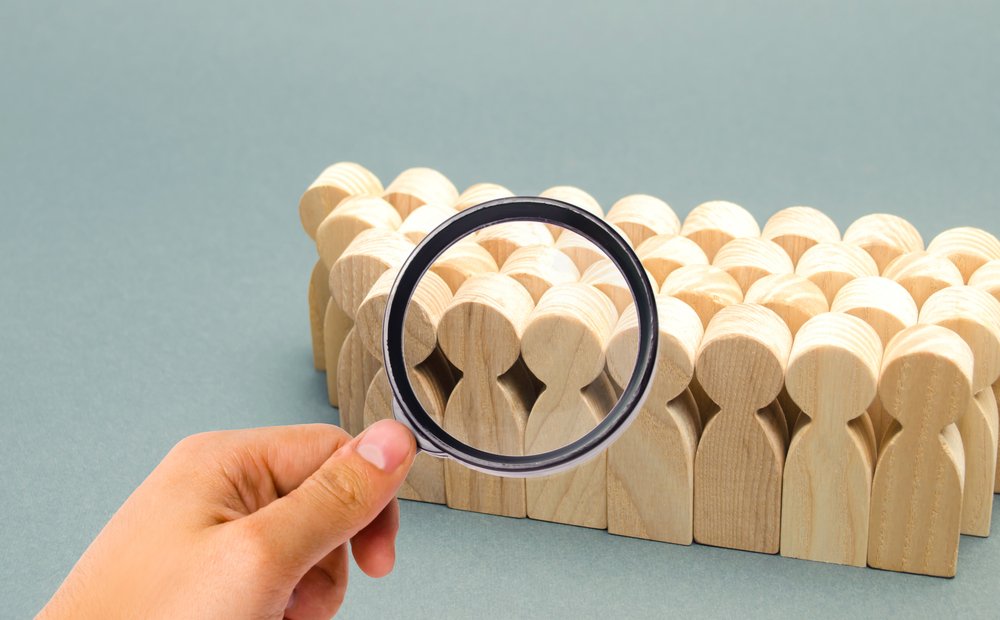 This article was originally featured in the June 2020 Issue of OTR and is reprinted with permission of ON THE RISK, Journal of the Academy of Life Underwriting.

Strokes have been classically thought of as a medical problem affecting the elderly. After all, the risk of stroke doubles every decade after age 55 with the majority (75%) of strokes occurring over age 65. The logic behind this is not mysterious: high blood pressure, diabetes, cholesterol issues and obesity are the traditional risk factors, and these are simply more common in older age groups.

Nevertheless, the 18-50 age group accounts for around 15% of all cerebral infarcts.1 That one out of every six strokes occurring in young adults may or may not sound concerning to you, but the trends in the data are alarming. A 2017 study2 in JAMA Neurology charted stroke hospitalization rates among patients aged 18-64, using data from 1995-2012. The overarching finding was that the hospitalization rates for acute ischemic strokes (AIS) rose significantly for both men and women across the younger age groups.

The study also examined hospitalization rates for intracerebral hemorrhage (ICH) and subarachnoid hemorrhage (SAH), but no significant changes were observed by age group, gender or race/ethnicity between 2003-2004 and 2011-2012. Other notable stats are men having significantly higher hospitalization rates than women among all age groups, with the relative difference decreasing with increasing age. Further trends include decreasing in-hospital death, and trends of increasing transfers to skilled nursing units, rehab and long-term care facilities.

Why the significant increase in hospitalization rates for ischemic stroke? The most obvious answer is an increase in the prevalence of traditional risk factors. Among those hospitalized for AIS between 2003- 2004 and 2011-2012, increasing prevalence was seen in hypertension, cholesterol abnormalities, diabetes, tobacco use and obesity. The range of absolute percentage increases was modest though: 4-11% for hypertension, 12-21% for lipid disorders, 4-7% for diabetes, 5-16% for tobacco use and 4-9% for obesity.

However, perhaps the telltale difference was the increasing prevalence of having three or more of these risk factors – it roughly doubled for all age groups, men and women. For male AIS patients, one in seven aged 18-34 and one in three aged 35-44 had three to five of the traditional risk factors. These numbers suggest the increasing rates of AIS amongst the younger ages can be substantially attributed to having combinations of these classic risk factors.

As stated earlier, the hospitalization rates for ICH and SAH did not change much over the span of the study. Nevertheless, an increase was observed in the prevalence of hypertension in the male age groups 18-34 and 35-44 with ICH, above even their counterparts with AIS. Aside from that, increasing trends in multiple stroke risk factors among men and women with ICH generally mirrored those seen with AIS. Increasing trends of risk factors were more limited among those with SAH, because the hospitalization rates declined for certain age groups. An increase in the prevalence of hypertension, obesity and tobacco use was observed in male SAH patients for all age groups, but an increase in diabetes and lipid disorders was only observed in age groups above 35.

Similarly, amongst women with SAH hospitalizations, an increase in the prevalence of hypertension was seen in all age groups, with diabetes, obesity and lipid disorders only showing more prevalence in age groups above 35. Overall, we can say a trend of increasing prevalence of having multiple risk factors was seen in patients hospitalized for ischemic stroke, as well as intracerebral and subarachnoid hemorrhages. Hypertension appears to be the most notable traditional risk factor with increasing prevalence across all age groups.

A January 2019 study3 examined the impact of these traditional risk factors on a person’s lifetime risk of stroke across ages 0-49. As these risk factors are rare in children, no significant change was observed in ages 0-19. However, beginning in the age group of 20-29, hypertension began to increase the odds ratios significantly (6.4). Having more than one risk factor also led to a significant increase (5.3) in the odds of a stroke. The risk associated with hypertension became most pronounced in the 30-39 age range, in which the lifetime odds of having a stroke were increased 12-fold by a diagnosis of hypertension. This odds ratio was lower in the 40-49 age group (7.1) but still significant. Similarly, having more than two risk factors in both the 30-39 and 40-49 age ranges increased the odds of stroke by 10-fold.

Aside from traditional risk factors, including hypertension, many of the causes of stroke are indeterminate. Ischemic strokes occurring with unclear or unknown etiologies are called cryptogenic, and cryptogenic strokes account for 30-40% of all strokes in younger patients. This tendency creates a blind spot for stratifying stroke risk: while hypertension in the younger ages is certainly a concern here, the most dominant risk factor(s) may not be traditional ones. Possible etiologies that could, in part, account for these numbers include atrial fibrillation (nonchronic), other atrial cardiopathies, a patent foramen ovale, aortic arch disease and substenotic arterial disease – whether extra- or intracranial.4

The concern in the latter two causes is undetectable arterial disease that gives rise to small plaques, especially those in the > 4 mm ranges, which may become unstable and cause artery-to-artery embolization. Similarly, chronic atrial fibrillation is known to have thromboembolic potential and stroke risk due to its intra-cavity stasis. Paroxysmal atrial fibrillation, as opposed to chronic, can be more difficult to pin down, meaning some subclinical cases may go undetected.

Which disorders were strongly associated? Hypertension (unsurprisingly), left ventricular hypertrophy and coronary artery disease were among the top ones. Unfortunately, the prevalence of left atrial enlargement and/or dysfunction in the younger age groups is not well understood, nor is it clear if left atrial enlargement could be an independent risk factor for stroke, or if it would require the presence of hypertension to be a strong predictor. The takeaway here for underwriters should be to pay close attention to these findings on echocardiograms, especially in conjunction with other risk factors, particularly blood pressure irregularities.

Cervical artery dissections may be further classified into vertebral vs. carotid dissections and extracranial vs. intracranial, depending on their location. The most common is an extracranial internal carotid dissection, which accounts for up to 2.5% of all first strokes. In the younger ages, contact sports have been traditionally thought of as a culprit, but it has also been postulated that the popularity of mixed martial arts gyms, CrossFit, and other new exercise programs involving considerable pressure on the neck could be contributing to an increase in prevalence.

The Role of Psychostimulants

The last contributing factor is illicit drug use, particularly psychostimulants. Illicit drug use is hardly a new risk factor, as cocaine and methamphetamines have been around for well over a century. An estimated 76 million people worldwide use psychostimulants, and the health risks are well established. A 2019 study6 from Australia examined how the use of psychostimulants could affect the rate of strokes in young people, specifically fatal ones. Between 2009-2016, a total of 279 fatal strokes occurred in young adults aged 15-44, and nearly 18% were identified as psychostimulant users. Of these, most (82%) actually had psychostimulants in their blood at the time when toxicology was available, and the vast majority of positive tests pointed to methamphetamine. Among the total number of fatal strokes, most were hemorrhagic (93%), with the remainder being ischemic, thrombotic or mycotic in nature.

While the opioid epidemic has dominated the headlines related to overdose-related deaths, the number of meth users has been gaining momentum in Canada7 and the United States8, although news of this increase has been largely overshadowed by deaths related to fentanyl and other narcotic pain relievers. The Centers for Disease Control and Prevention (CDC) reported a 255% increase in deaths related to stimulant use since 2005, and US Customs reported a tripling in the amount of meth seized. Meanwhile, seizures of other drugs have seen only modest increases or declines.

Reports from Vancouver indicate meth use has exploded, with a 700% increase in the past 10 years. In Ontario, meth deaths have increased 10-fold since 2011.9 Other provinces are reporting similar or steady climbs in both meth use and deaths. Over this time, the price of the drug has actually gone down. How much this may be influencing the rates of stroke in young adults is still largely a guessing game. No doubt the rise of methamphetamine use has contributed somewhat; however, most of the drug-related strokes are hemorrhagic in nature as opposed to ischemic.

It is the latter that has seen a steep increase in the younger ages.

While the long-term risk of a methamphetaminerelated stroke is not completely known, there can be numerous health consequences associated with meth use. Several conditions that could contribute to an increased possibility of a stroke include: hypertension, vasoconstriction, atherosclerosis, cardiac arrythmias, vasculitis and/or damage to bodily tissue due to drug toxicity.10 When underwriting an individual with a stimulant use or abuse history, assessing for other co-existing risk factors can be very valuable.

While there is evidence of increasing rates of stroke in younger adults, no one or two single causes can fully explain these increases. The reason is more likely a synergistic one, which owes some causality to the growing prevalence of cardiovascular risk factors in the younger ages, to a much lesser extent psychostimulant use, and possibly to irregular exercise habits. Cryptogenic strokes with unclear etiologies still appear to be the most commonly seen, at least in age groups below 45, which makes predictive analytics for stroke difficult.

Underwriters can focus on the tangible risk factors: early onset of hypertension (below age 40), early onset of multiple cardiovascular risk factors, atrial chamber disease and recent histories of psychostimulant use. At this time, no evidence indicates the factors responsible for increasing stroke rates bear an unfamiliar face, and many of the causes are entirely preventable.

Elliot is Lead Underwriting Consultant at RGAX, supporting the RGAX Underwriting Solution Services team. He leads consulting projects, offering his expertise to advise clients on underwriting best practices and supporting them as they define and implement solutions. Elliott supports production underwriting and continuously mentors RGAX underwriters with guidance on technical and business inquiries. A graduate from University of Toronto, Elliott holds degrees in both the life sciences and philosophy.