Insurtech Opportunities Heating up in Asia

Earlier this year, CEOWORLD released their annual assessment of the most startup friendly countries in the world. China was number fifteen on that list, but based on what we’re seeing in the insurtech markets, we wouldn’t be surprised to see China, along with other Asian countries, positioned higher in coming years.

To give our readers a better feel for insurtech startup opportunities in Asia, we sat down with Leo Wong, RGAX’s Managing Director for Asia, to ask him what he’s seeing and how RGAX is helping startups gain a foothold in that land of opportunity.

For those unfamiliar with the region, can you start by comparing the startup opportunities in Asia with what we might see elsewhere in the world?

Wong:  The first premise we need to establish is that when we say “Asia,” we’re talking about a market encompassing an entire range of maturity.

Japan, for example, is a mature market, with one of the largest life insurance markets in the world. Then, you have developing countries, Vietnam or Cambodia, for instance, that are just starting out. Next, you have vast markets such as India and China that are somewhere in between. Finally, you have the mature but smaller markets of Hong Kong and Singapore. Australia is part of my region as well, so when I talk about Asia, I’m really talking about a huge, diverse area of the world.

China is of particular interest to startups, both because of its size and the funding pouring into it. China has some 1.3 billion people, but life insurance penetration is much lower than it is in other developed countries.

One sign of the confidence investors have in China is that venture capital funding for startups is now comparable to that in the US. And according to Crunchbase, the US and China have been at the top of the list in recent years for receiving the most funding. Fluctuations in their economies and other one-off events can give one country or the other a leg up, but they have always topped the list. The rest of the world combined doesn’t even come close. 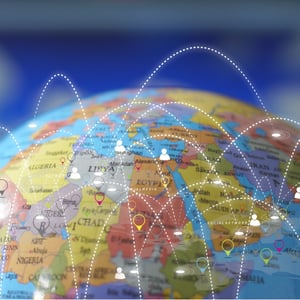 Is Asia, particularly China, the exclusive domain of Asian companies, or are startups from other countries tapping into this market as well?

Wong: At RGAX Asia we work with companies around the world to solve problems in Asia. For example, we recently announced a partnership with a company called QEDIT that’s based out of Tel Aviv, Israel.

Another example is a company out of Palo Alto called Omniscience that we’ve been working with for the past few years. They’re skilled at analyzing risky behaviors and drawing evidence from big data to help carriers do things including reducing risk and streamlining the underwriting process. We’re working with them to apply what they do for our customers in Japan. At the same time we’re working on some exciting new technical developments to help us solve insurance problems in Asia. Fundamentally, we believe science is not limited by national borders; it’s universal. The engineering work that the Israeli entrepreneurs are doing will offer tremendous benefits for carriers in Asia.

We also work with plenty of companies whose roots are in Asia. Take Xioabang, for instance. Long-term life insurance is a tough sell in China, especially online. Yet Xiaobang has a 40% conversion rate even though they only sell their products through digital interactions on platforms such as WeChat, and three-quarters of their premiums are long-term. Why?  Because they focus their process on buyer education not product sales. Their customers can even sign up to take classes from Xiaobang’s founder. 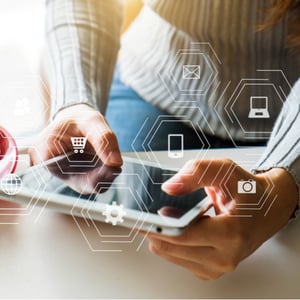 What kinds of insurtech offerings do you think will be most successful in Asia?

Wong: We’re definitely scouting for technologies that can support insurance operations from lead generation all the way to claims and lapse management. But I’d say that roughly 60% of what we’re working on is focused on channels, specifically alternative channels. The other 40% is tech designed to support the process.

Let me give you an example of the type of company I’m talking about when I say we’re working with alternative channels. Many innovations we see are actually creating the context that reminds people of their mortality and in turn the need for insurance.

There’s a company we’re working with called Shuidi in China. Say you have a medical emergency - a surgery - and you need money to pay for it. You can use their platform to crowdfund your medical expenses.

The crowdfunding platform is a great help to their users, but to Shuidi, it’s a way to drive traffic. It’s allowed them to build a huge following in a remarkably short time. The next step for them is to sell insurance organically. In other words, now that you’re thinking about that friend or family member who needs emergency surgery, you’re probably thinking about how you need to protect your family. Shuidi offers inexpensive coverage for the same event, and from there, they can upsell more comprehensive coverage. 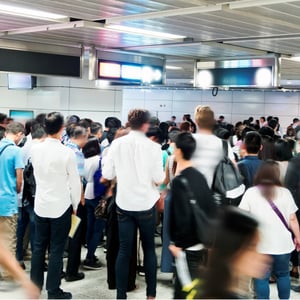 Any advice for insurtech startups thinking about entering the Asian market?

Wong: Well, a couple of things, but the first piece of advice is probably applicable outside of Asia, too. That is to start with a sharply honed pain point. One common mistake entrepreneurs make is to be attracted to today’s big, shiny technology buzzwords and forget about solving real business problems. As an example, we see that many AI companies have a demo of their technology, but that’s about as far as they can take their business because they haven’t thought deeply enough about the problems they’re looking to solve.

The second piece of advice is not to fall overly in love with the numbers. China has 1.3B people, but you won’t be able to sell to all of them. Japan is a mature, relatively affluent market, but you’re not going to reach the majority of them either. What you could do to establish a foothold is to reach that one person at a carrier such as Tokio Marine and help them solve a particular problem.

Another challenge of doing business in Asia is that different countries work at different speeds. China, for example, operates at lightning speed. In the early stages of the startup venture, you can’t get hung up on needing to know everything, or your competitors can get in there before you and consequently, lock up that channel. For some of the more traditional markets, say Japan, it’s less of a concern; however, for China, Hong Kong, Singapore, and India to a certain extent, it’s a much greater concern.

How does RGAX help startups, whether they are Asian in origin or a business looking to enter the Asian market?

Wong: For a small company to work with a big carrier is daunting. It takes a long time given the many stakeholders. And by definition insurance companies are risk-averse.

Many startups have great ideas and strong technology, but they need to define their insurance use case more sharply. RGAX can support them in this capacity. We can help pivot their tech to tackle real problems. And since RGA, of which we’re a subsidiary, works closely with most major insurance companies, we’re in a position to introduce startups to potential partners who are friendly and receptive to their solutions.

Even if startups are marketing their solutions to the consumer and not to the carrier, carriers are looking at tech startups as potential channel partners. We can work with the carrier to customize a particular type of policy to a tech startup’s user base and then help the startup figure out how to market it.

Looking to enter the Asian market with insurtech? You can reach out to us directly.

As the Executive Director, Global Content and Communications, Dori leads RGAX’s content and communications team and initiatives, ensuring that brand messaging and communications are aligned. Highlighting the RGAX story and expressing it in a compelling way that supports and amplifies the brand is a central focus. With over 20 years of brand and marketing experience, Dori has a passion for finding new and different ways to showcase a brand's most compelling stories. Before joining RGAX, she headed up content and regional marketing efforts for a leading technology provider.